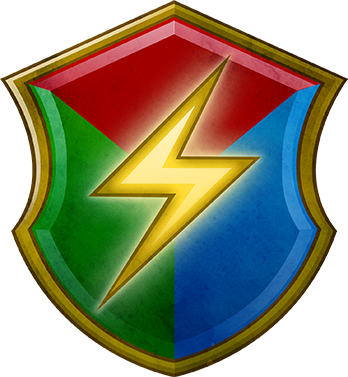 The game consists of 3 parts:

Next, the players compete for the remaining empty territories. Each round begins with a Guess Question for all 3 players. The answer to these questions is always a positive whole number. The winner is the player who enters the answer closest to the right one.

This portion of the game consists of 4 rounds. From this point on, players try to conquer territories from one another (and win those points). This phase consists of four rounds, and every player has the chance to attack during each round. The order of attacks in the first three rounds is determined at random.

The Attacker and the attacked player (Defender) battle one another, while the third player follows the action.

The Attacker and the Defender are asked the same Multiple Choice Question:

If the Attacker wins, s/he gets the contested territory, while the Defender has the territory’s value deducted from her/his score. The Attacker gets 400 points.

From this point on, that will be the value of this territory. The Defender gets a Defense Bonus of 100 points if s/he wins by answering the first question correctly.

When attacking a Base Territory, the Attacker must knock down all 3 Castle Towers on that territory. If the Attacker wins the Battle, one Tower falls and the Battle continues for the Towers that are still standing. As soon as the Attacker loses, the attack ends.

If the Attacker knocks down the last Tower, s/he gets all of the Defender’s points and territories, and the Defender drops out of the game. When the Base Territory is attacked, the Towers that have already fallen do not need to be attacked again.

Eliminating a Base Territory from the game is worth 1,000 points. Attacking an already demolished castle is also worth 1000 points.

In the last round of Battle, the player with the most points attacks first, followed by the one with the second most points.

A draw is not possible because, if 2 or more players have the same amount of points at the end of the game, the final result will be decided with a Guess Question.

Attacking a territory worth 200 points can bring a 600-point change in relative scores, and a 400-point territory can cancel out an 800-point difference.

Once in a while, there is an opportunity to attack a Castle that has already been destroyed, which awards 1000 points to the winner, while 1000 points are deducted from the loser – hence this can mean a 2000-point change in relative scores.

If the point totals are very close during the final attack of the game, keep in mind that the defender can get 100 points for successfully defending the territory.

Did you find it helpful? Yes No

Send feedback
Sorry we couldn't be helpful. Help us improve this article with your feedback.